Frome Nursing Home’s culinary leader has achieved critical acclaim for his innovative, inclusive, and delicious food at a national excellence in catering competition.

Ben Kerslake, Head Chef at Frome Nursing Home was one of only three chefs’ in the UK nominated for the Veggie for Life nation finals held on the 3rd December 2020. Ben was a runner up in the Veggie Care Chef of the Year category at the 2020 Awards for Excellence in Vegetarian and Vegan Care Catering.

Ben is no stranger to the VfL awards having been a finalist in the 2018 finals held at the House of Parliament.

The winner of the Veggie Care Chef of the Year category was announced by Vegetarian for Life patron Rose Elliot MBE who said, “Ben is aware that eating is a multi-sensory experience, and he strives to make his food as pleasing aesthetically as it is delicious,” while announcing the nominees at the finals.

Thank you to everyone at Frome for all the support you have given towards this, here’s to coming first next year,” he said.

Ben originally joined the home in Frome in the summer of 2007 as a kitchen assistant, before quickly rising to be the homes culinary leader of excellence.

After accepting his position, Ben immediately acted upon his desire to add some diversity to the menu and to be able to meet the Frome family members needs and desires. The result was a vegetarian option always available on all menu’s and for anyone at any time! Ben’s meat free alternatives were so delicious that now many of the people we care for opt for vegetarian or vegan option when eating.

“Thirteen years ago, we didn’t offer vegetarian or vegan options. I was determined that everybody would have choice and have what they desire – that’s our aim!

“Everyone should be treated equally and to me whatever somebody wants, they get! Everyone is unique and has different likes/dislikes and it’s those two things that are most important to us at Frome. Alongside this, we like to make sure everyone feels happy and valued!”

With a wide range of flavours from a variety of cultures, Ben has culminated broad ranging menus and recipes that offer worldly taste experiences alongside the comforts of good home cooked food.

“At Frome we believe the people we care for, who need a specialised textured diet should be eating just as well as everyone else. I’ll pipe and puree versions of dishes on the Frome menu so that those who live with Dysphagia are able to enjoy just as delicious and aesthetically pleasing food. Our food quality doesn’t discriminate, whatever a person’s individual needs.”

Ben’s passion and commitment at Frome Nursing Home still burns brightly after thirteen years at the home and regularly praises the family culture created by everyone at the home. 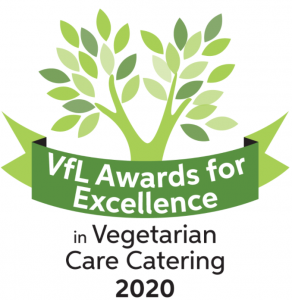